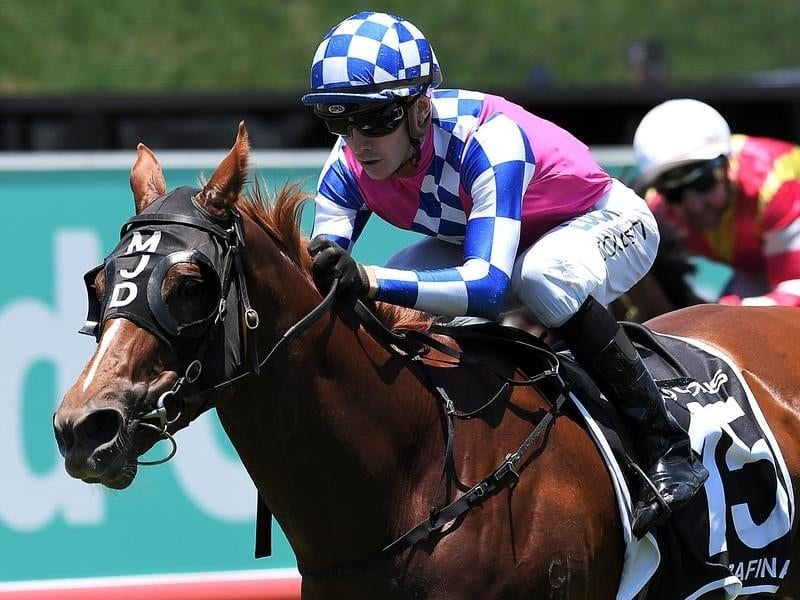 Zafina has won the MM Country Cup to give Canberra trainer Matt Dale his first win at the meeting.

Tough mare Zafina’s return to racing after failing to get in foal has continued to be a boon for Canberra trainer Matt Dale.

Dale was hoarse from cheering Zafina home and could not hide his admiration for the mare who was formerly trained by Gary Portelli.

“I have only had her for seven starts but she was won four races for us. She went to stud earlier in her career but didn’t get in foal,” Dale said.

“She cost $65,000 as a yearling and has now well and truly recouped that. When she was unlucky at Canterbury at her last start when second we decided to come up here where she had light weight and good barrier.

“Today was obviously her main mission but we will look for something back home.”

“I’ve had a bit of luck up here and we might look for more races here with a few of mine,” Dale added.

“She showed a lot of fight when the second horse came at her,” Collett said.

Ron Stewart, who rode Suggan Buggan, said the gelding had been held up for a run at 250m mark.