Clipper Heads Down The Highway 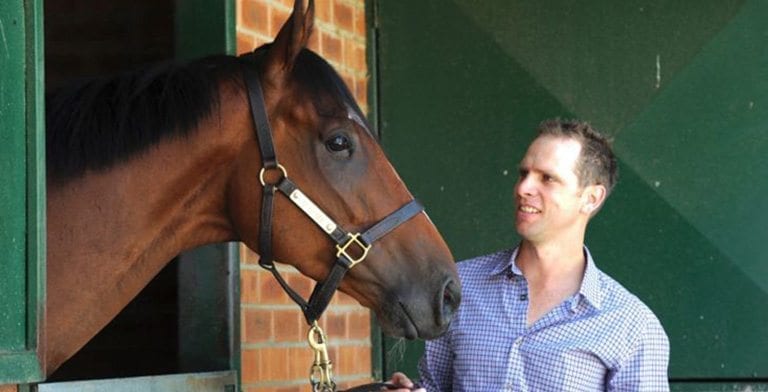 CANBERRA-based trainer Matthew Dale is hoping his promising filly Clipper can make it three wins from as many starts when she lines up in the Highway Handicap (1200m) at Randwick on Saturday.

Highway Handicap events are run at most Sydney Saturday meetings and are restricted exclusively to country-trained horses, providing an entry level opportunity to race in the city for greater prize money.

With two dominant victories to her name, Dale says now is the perfect time to test Clipper at a slightly higher level of racing.

“She has done everything we’ve asked of her so far,” Dale said.

“Obviously she won on debut with a nice win at Wagga and she followed that up with a strong win at Nowra, so she looks well-placed to go into the Highway Handicap race.

“It’s a good country race and it’s very open, but I do think it’s the natural progression for a filly like her.”

Drawn barrier seven, Dale says he has not finalised a plan for the race with jockey Brodie Loy, but he isn’t overly concerned given Clipper’s adaptability.

“We haven’t finalised the speed map yet, but she is very versatile. You can give her a dig and go forward or you can grab a hold and take a sit – that’s the luxury of a filly like her.”

Dale also has Super Star Bob in the $60,000 event, however he concedes the son of Mossman and Charlety Star is probably one run short heading into Saturday.

“He has probably arrived at the Highway Handicap one race earlier than I anticipated, but there were no other good options for him down our way.

“Ideally I would have liked to have had another race under his belt around Canberra or Wagga.

“With that being said he does have a lot of ability, but he is very much a raw product.”

Dale says Clipper is the clear pick of his pair in an open race and he is hopeful she can make an impact.

“I think she is the readiest out of my two tomorrow – I don’t want to underrate Super Star Bob – when the penny drops and he matures he is going to be a very nice horse – but Clipper is drawn nicely, she has the two runs under her belt and she looks ready to tackle a race such as this.

“The Highway Handicap races are a great initiative – it’s good prizemoney for country trained horses and it allows the owners to experience the excitement of having a runner at a metropolitan meeting.

“It’s nice to get a city win on the board, particularly for fillies and mares – it is great for their resume.”

Dale has had his fair share of success since taking out his licence more than a decade ago, with the 33-year-old trainer’s team currently headlined by rising talent Fell Swoop.

The bay gelding has won over $1.3 million in prize money courtesy of some strong placings in the Darley Classic (3rd), the Manikato Stakes (2nd), the TJ Smith Stakes (2nd) and the Oakleigh Plate (2nd).

With his passion for racing starting as a youngster, Dale is optimistic that 2017 could finally be the year where he fulfils his childhood dreams.

“I always wanted to be a part of the industry since I was a kid – every weekend I used to go to the races with my grandparents since I was five years of age and I just got the bug for it.

“I took out my trainer’s licence when I was 21 years old and it has just grown from there to where we are today.

“We have currently got 30 horses in work which is a good number – it allows me to know the horses inside out and it is enough to be able to consistently find some nice horses.

“We have now won at every metropolitan track in Sydney and Melbourne as well as at Brisbane – all based out of Canberra – so we are very happy with the results we are achieving.

“I would love to win a group 1 some time this year with Fell Swoop – he has been knocking on the door in the big races so I would love to achieve that.

“There are no grand plans to get any bigger – premierships aren’t our goal – I just want to get the best out of every horse which comes through the stable and the rest will take care of itself.”

Clipper and Super Star Bob will contest race four at Royal Randwick this Saturday, with the race set to jump at 2:30pm AEDT.