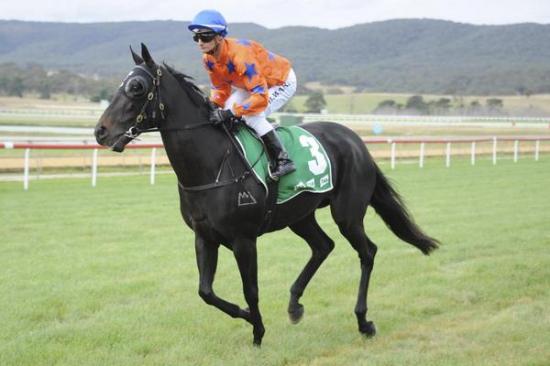 Hermosa Beach who runs in the Tony Campbell Cup on Friday.

will fly the stable flag when he competes in the Group 2 2016 Schillaci Stakes at Caulfield on Saturday.

“I am very happy with him. He’ll go down Thursday night arriving Melbourne on Friday morning,” Dale says.

“He’s had a nice balanced preparation and everything has gone according to plan.

“He presents with the same profile as he did when he competed first-up last preparation finishing second in the Oakleigh Plate.

“He’s not a horse that trials up on the bridle and never has been, so knowing the horse really well and with the ear muffs applied, I was very happy with the trial lead-up.”

However she’s also been nominated for the Ladies Day Vase in Melbourne on Wednesday with a decision to be made on Thursday evening about which way she goes.

“She’s done her racing in South Australia and is a quirky mare that we are still getting a handle on.

“She had her first race for me at Beaumont (Newcastle) in the Tibbie coming off a Listed win.

“I didn’t think she handled the tighter track and way of going. She just got on the wrong leg turning for home and she struggled to lengthen after that.

“She had time to adjust and I think the bigger track at Randwick will suit her better, but in saying that, the other option is Caulfield on Wednesday.

“She’s performed at solid level in South Australia and she is a mare with good credentials and I have been very happy with her since Newcastle.”

On Friday Dale’s Hermosa Beach rates the one to beat in the tab.com.au Tony Campbell Memorial Cup.

“She looks very-well placed and is third up at a track and distance she has been very effective at in the past and drops to the minimum. I have been very happy with her during the week.”

will be right in the thick of it on the same card.